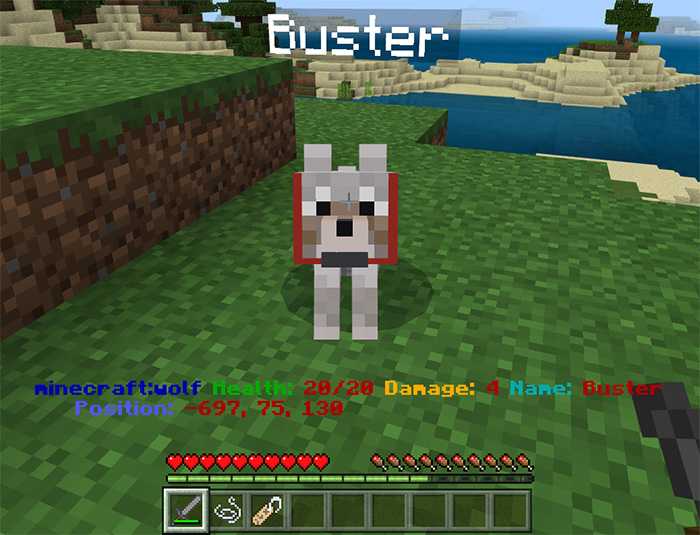 (Rating: {rating_nums} - votes: 1)
Addon Mob Indicator is the best addon for players who like PvP and mob grinding. Use the great UI of the addon to be sure in all your attacks and forget about the problems with unexpected mobs. Comfortable interface and interesting functions will make you wait to use this add-on time by time!

How does addon Mob Indicator work

The UI is pretty and really simple. The text box with different information about the targeted mob will appear above its head. You'll have an opportunity to check its health and damage, name, possible strength of your hit and current coordinates. 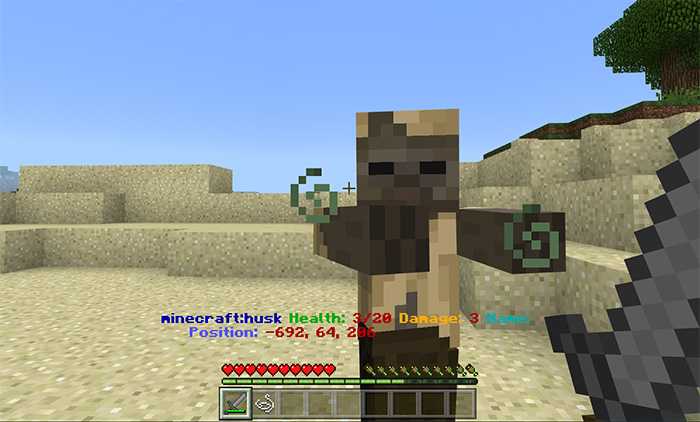 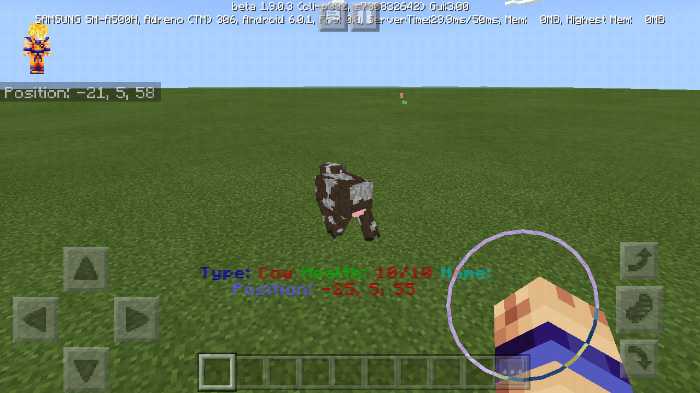 Change the colour of the message to make look better and fittable for you.
Get real satisfaction from using it and share it with friends to have fun and get some comfort together.
Several bugs were fixed in the new version, so you'll be able to enjoy the addon having fewer problems during the game.
To turn on and off the interface just throw one stick, dirt block and an oak planks block on the ground. Then hit the invisible entity which will appear on the place of dropped items.

Download addon Mob Indicator for Minecraft Bedrock Edition 1.9 for Android and check the other sections for interesting Maps , Skins, Seeds and Texture Packs for Minecraft 1.9+. Leave feedback and have fun!