(Rating: {rating_nums} - votes: 0)
Addon The Orca will bring you an ability to test your skills of water battles and will show your level of fencing skills.

Features of addon The Orca 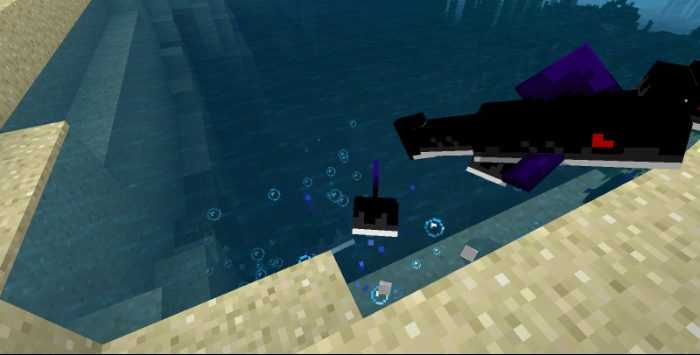 As you could understand, this addon will add such great predator to the world of Minecraft. Seas and oceans will never be former! Angry and dangerous hunter will try to slay you, as soon as you’ll try to swim in the next time!
The Orca will replace well known for you Dolphin. Peaceful and cute mob will be replaced with dangerous predator, so be careful, visiting you pet in the aquarium, it can eat you for dinner!
The new mob is really dangerous even outside the water, because it has an ability to jump out on the coast and attack ground lodgers.

It has really high Health Points level, so you’ll have to damage it with 200 Damage points! The hard battle will be well-paid. For the victory you’ll likely get from 1 to 7 Diamond, which can be used to craft new leggings or set of diamond tools.
Download addon The Orca for Minecraft Bedrock Edition 1.7 for Android from our website and share it with your friends! Look for new Seeds, Texture Packs and Skins for MCPE by the links below. Leave feedback and enjoy playing!