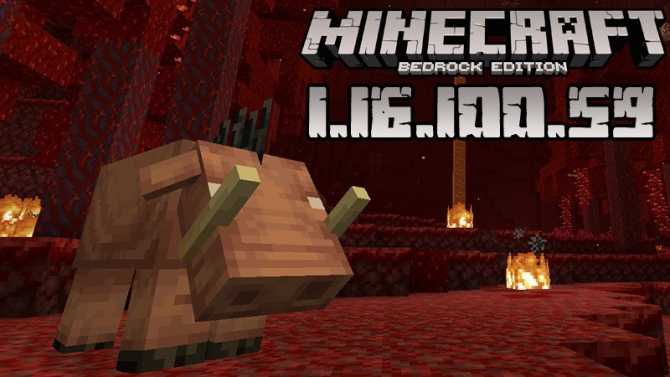 (Rating: {rating_nums} - votes: 13)
The MCPE developers worked hard all week so we can spend a nice weekend trying a new game update called Minecraft PE 1.16.100.59. We are sure you will be pleased to discover a lot of useful fixes, as well as a very important new change.
Please note that this is another beta, not a full version so your access to Realms and non-beta players is still impossible. Also make sure to make copies of both the worlds you worked on until this beta if you want to try it, otherwise you can lose them. This might happen because every newly installed beta replaces the previous one.

In this beta, there is only one change, but a very important one. The change is the re-introduction of the RenderDragon!
And now, let us learn about the fixes the MCPE developers worked on:

In addition to the above-listed fixes, the MCPE developers continued their work on the technical side of the game. The most important changes are:

These are not all the beta’s features but we enlisted the most noticeable ones. To find out more, we suggest you watch the video trailer below before using the download button.
If you are happy about the release, please share this article with other players, and leave feedback.
Subscribe to our website and you will always be the first to find out about the newest game versions and about the most popular maps, texture packs, mods, and other cool MCPE downloads. Have fun!