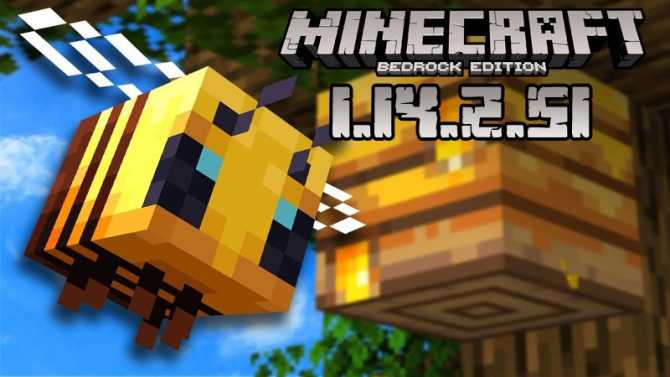 (Rating: {rating_nums} - votes: 20)
After a two-week period vacation, we were all waiting for a grand Minecraft PE update, but we have to give credit to the developers who worked hard over the last. They deserved some rest too, so today we will present you Minecraft PE 1.14.2.51, a beta containing just several bug fixes.
Please keep in mind that 1.14.2.51, unlike Minecraft 1.14.1 presented before the New Year, is a beta game version, this meaning that you won’t be able to play in Realms or with other players using full versions. Make sure to back up your existing builds, because this beta is going to replace your MCPE work in progress. Also mind that if you are planning to use any previous game versions in the future, save the builds created in Minecraft Bedrock 1.14.2.51, because you will have access to them only by using it or other upcoming versions.

Like always, the most noticeable crashes occurring during the gameplay have been fixed. Beside this, you will have the chance to see the following changes:

In addition to the above-listed fixes, there is also news for the map makers and addon creators: now the local space of the particles attached to an entity inherit the locator’s bone rotation.
This is all we have to say about Minecraft PE 1.14.2.51. If you want to try it, click on the download button below, share the article with your in-game buddies and leave feedback.
Visit our website to always be up to date with the newest and coolest mods, texture packs, maps and other interesting articles with download buttons.
Have a good time!