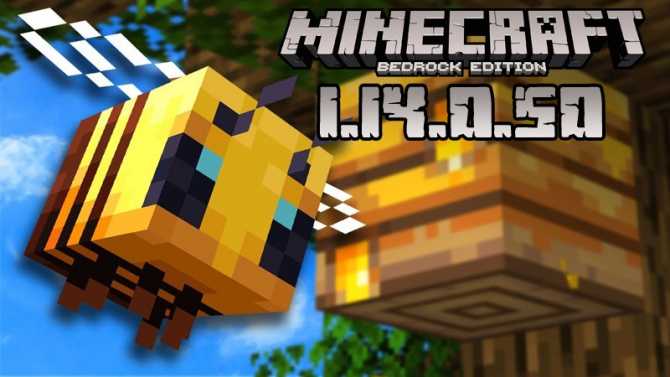 (Rating: {rating_nums} - votes: 19)
Just several hours after publishing the article about the Minecraft PE 1.13.1 full version release, we have one more very interesting article, containing mainly fixes and changes related to the Character Creator and the bees. This is Minecraft PE 1.14.0.50!
Please note that this version, unlike the previously published one, is a beta. Thus, you won’t be able to play in Realms and with friends using any full game version. We recommend you back up your builds created in 1.14.0.50 because they cannot be opened using previous versions and if you have any work in progress now, also save it before installing this beta.
Now let’s see what changes we will see today:

As you can see, this version will make the gameplay more comfortable not only for the players using Android devices, but also for those using an Xbox One console, so, if you have any friends that might be interested in the fixes related above, share this article with them.
To download this beta, use the button below the video trailer and let us know what you think about it.
In case you need downloads for earlier game versions or you want to explore the newest seeds, maps, and texture packs, visit our webpage which is updated daily. Have fun!