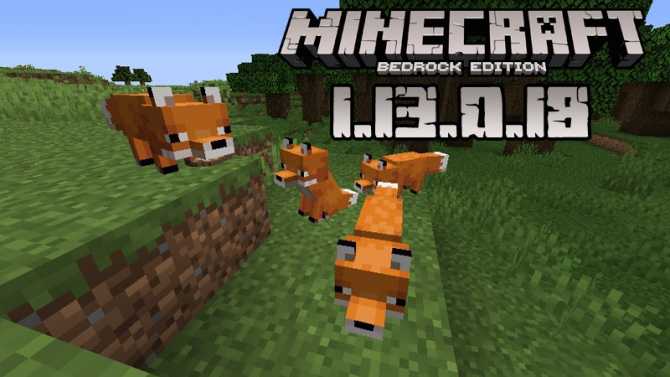 (Rating: {rating_nums} - votes: 11)
The last MCPE release looked nice enough if considering its description and video trailer, but unfortunately, we failed to obtain and offer you a download link for it. To compensate this, here is Minecraft PE 1.13.0.18 with more changes and fixes!
Like always, before getting to what the version brings, we must warn you about the fact that this is a beta and this means that you will not be able to join any other players using full versions and Realms. Also, keep in mind that you should back up your worlds being in process because this version will replace them. If you intend to build any worlds in the presented version, save them too because there is no way to open them using older MCPE versions.
And now it’s time for the changes!

Of course, a number of crashes and issues were detected in the previous Minecraft PE versions and they had to be fixed. The crashes occurring when accepting storage permission on Android devices, when scrolling the languages in the Setting menu, when trying to do something with the Character Creator were fixed.
Some issues related to the graphics and the user interface also required some fixing work. These are:

Besides fixing crashes and other problems, the developers also introduced several changes to make your gameplay more logical and comfortable to play:

If you are ready to try Minecraft Bedrock 1.13.0.18, the download button is already available. You can find it below the video trailer. Don’t forget to share the good news with your friends and to leave feedback.
In case you need any older MCPE versions, you can find them on our website. In addition, you will also discover a lot of maps, mods, textures and skin packs! Have fun!