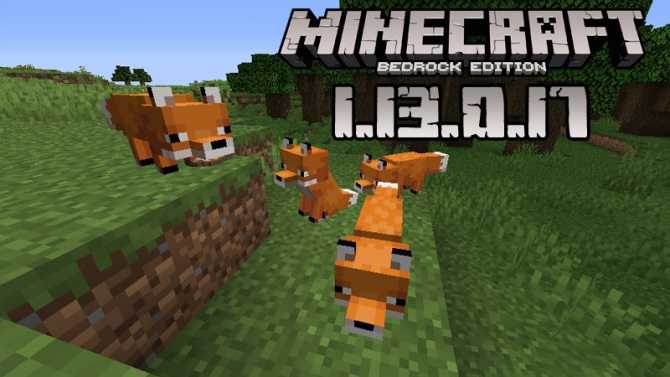 (Rating: {rating_nums} - votes: 27)
Releasing new versions is becoming a weekly tradition for the developers lately, and this fact is very benefic for the quality of the gameplay. Now you don’t have to wait for weeks for a bug annoying you to disappear. Let us tell you what Minecraft PE 1.13.0.17 has for us this time, but first, we have to remind you that by joining this beta you won’t be able to join other players using non-beta game versions, as well as Realms. Also, remember that this beta is going to replace your Minecraft PE work in progress, so saving your worlds will serve you good. The worlds build in the presented version cannot be accessed by using previous MCPE versions, so if you don’t want to lose them, make sure to back up them.
Initially, this version was supposed to be 1.13.0.16, but because it lacked some important point related to Xbox, the developers decided to combine the changes for Xbox players and for the Android users.

This time, there are not very many changes and fixes, but they are very important and significant.
Perhaps you noticed some bugs when using the legendary feature presented in the last version, which is the Character Creator. The developers made a very good job at improving everything related to this subject, for example fixing the transparent background of the Delete Character screen, the misaligned body parts when creating a character and the management of this new feature when using a controller.
Other Fixes:

You can discover these and other game changes and fixes by installing Minecraft Bedrock 1.13.0.17. Follow us to be the first to download and enjoy this beta. Until the button for downloading it is unavailable, we recommend you to watch the video trailer below, share the article with your friends and leave feedback.
By visiting our website, in addition to all the game versions, you will find a lot of new and interesting mods, maps, texture packs, and skins for MCPE. Have fun!