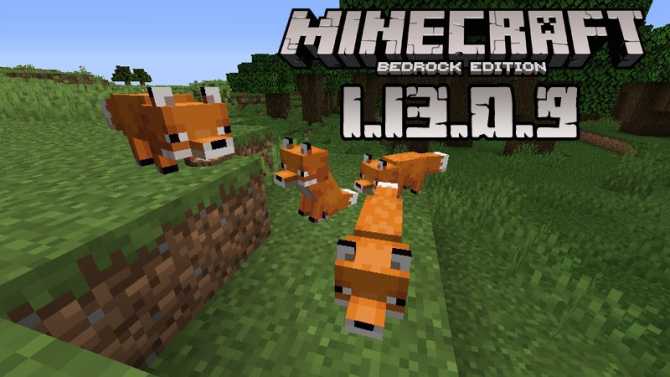 (Rating: {rating_nums} - votes: 75)
If the previous Minecraft Bedrock beta seemed too short and dull, this time the developers decided to impress us with the release of Minecraft PE 1.13.0.9 and its changes, new features, and many, many fixes. Like always, before getting to the fun part, we have to warn you about the fact that you will have no access to Realms and people playing full versions while using this beta. Also, don’t forget to back up the worlds built in MCPE 1.13.0.9, because you will have no possibility to open them in older versions. If you have a Minecraft game going on at the moment, this beta will replace it, so saving your worlds is a piece of appropriate advice for this case too. And now let’s find out what Minecraft PE 1.13.0.9 brought us: In our opinion, the most exciting part of the beta is the list of novelties meant to make your worlds more interesting than before:

Fixes affecting the performance and the gameplay: Of course, the UI, Graphics and Script engine have been subject to fixes too. Here are some of them: As you see, the list of changes and fixes is much longer this time, and the above-listed ones are not all of them. You will discover a lot more while checking Minecraft Bedrock 1.13.0.9. The download button will be available soon, but meanwhile, you can check our website for the newest mods, texture packs, skins, and seeds. The articles are renewed daily, so you have no chance to get bored until we will be able to supply with a download for this beta. If your friends are also MCPE fans, make sure to share this article with them and leave feedback letting us know about your opinions and suggestions. Good luck!