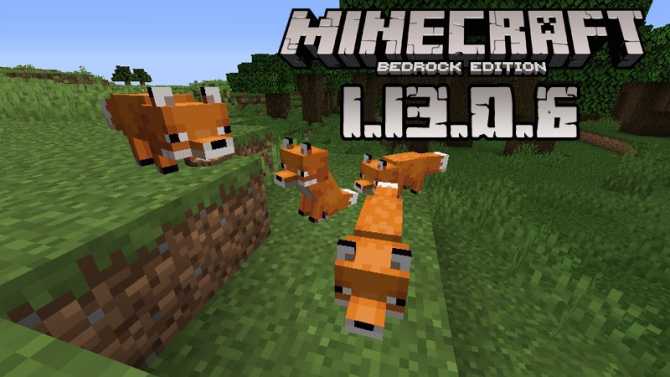 (Rating: {rating_nums} - votes: 126)
We hope you had the chance to explore and check all the fixes and changes in Minecraft PE 1.13.0.5, because now it is time to discover a new beta, and this is Minecraft PE 1.13.0.6!
The rules regarding beta versions of the game did not change, so don’t forget to back up your worlds developed in this version since they won’t be accessible in previous versions. Also, while using the present version, tell your friends from the Realms and those that use full versions that you will not be able to play with them during your timebeing in MCPE 1.13.0.6.
Note that all the builds created in beta versions might not be as stable as those created in full versions.
We are done with the rules now and since you are here to learn about the fixes, let’s do it!

This time the developers made just a few fixes, but they were necessary to make your gameplay more comfortable.
A few crashes occurring while players viewed Structure blocks with voids and while loading Minecraft from some devices working on Android were fixed.
Also, the beta patch notes were made to look properly now after updating.
And the last point of this version’s fix list is that the y rotation of the player during teleportation now sets back to 0 degrees as it should.
Even if MCPE 1.13.0.6 has not considerable fixes and changes, it will make your gameplay more comfortable if you had the bad luck to face one ore more of the above-mentioned in-game errors.
We wish you a pleasant Minecraft experience while waiting for another, better and bigger update!
To see the video review of 1.13.0.6, check the trailer below this article.
Do not forget to share the good news with your friends and to leave feedback.
In case you want to try other, earlier Minecraft PE versions, you can find their free downloads on our website. Here you can also install the newest maps, mods, texture packs, and skins! Have a good time!