Firstly, there’re some fixes of software part of Minecraft. These features aren’t so interesting, but they make your gameplay more comfortable and interesting. Sensibility of your gamepad can now be set in settings tab in main menu, so you’ll be able to aim more comfortable. Even if mute mode is on – you’ll hear sound of entering and quitting players. The message about the mistake, appearing when you don’t have enough Minecoins to make a trade, was also changed. You won’t be able to buy some content from the market accidentally, clicking A button. When you fall on Hay Bays – you’ll get much less damage than if you would fall on the simple surface. You can call friends easily and comfortable. The range of possible tick, when you create new world, was increased. All the content from market will update automatically, you’ll be able to disable updating from Settings menu.
Secondly, some bugfixes, caused by different actions from the player’s side. These unpleasant things have always made us become nervous and angry, but now it’ll end. The crash, appearing after creating few worlds during the short range of time was fixed. Your Minecraft 1.2.10 won’t crash after fast entering and quitting market. The other players won’t be able to look inside your chest, when you’re leaving the world. You’ll easily use mouse and D-Pad at the same time and Minecraft won’t crash. The game won’t crash if you use Xbox-One controller, playing on Windows Phone. Few achievements are available to unlock again. Realms will be able to update easily, causing no problems. The achievement board will show you all of them at any time, you won’t need to re-enter the game to see few last achievements. 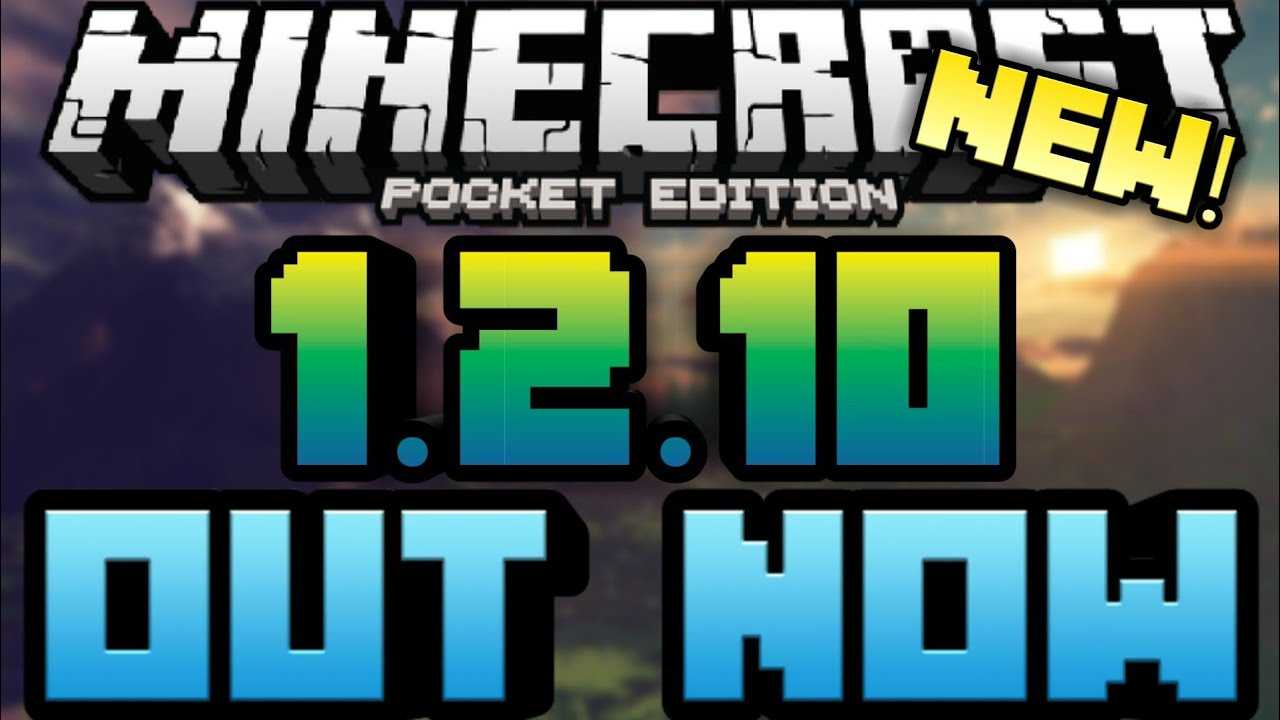 Thirdly, some gameplay features were fixed and rebuilt for more comfortable playing. It’s likely one of the most parts of the update. You can fill an empty bottle with water in Creative mode. Fixed the bug with incorrect damage after falling on slime blocks. You can hold map in both hands, so it’ll be more comfortable to orient in space. Your character won’t spawn in lava anymore, this mistake with location was fixed. Double fern can be found in Mega Taiga. After breaking an Ender Chest using Axe enchanted with Silk Touch you won’t receive any obsidian. The protecting enchantment won’t protect you from fire. Some problems, related with spawn were fixed. Stone plates and Cobblestone walls have appropriate fire resistance. Fixed some bugs with spread of fire from the source of lava. Exploding lianas and beds in Ender world can’t activate TNT in the world with disabled “TNT explodes”. Bows will damage mobs and player equally. Start map and Bonus chest can’t be chosen for template worlds.
Redstone fixes. All of us love Redstone circuits, so this item is really useful in Minecraft and bugs are inadmissible. Redstone will correctly activate vertically connected blocks. Hopper and Dropper can’t be used to put items inside the JukeBox. Burnt Redstone torch won’t begin flaming again, until the block near it be updated, or the torch itself be replaced. You won’t be able to duplicate items with Minecart and Hopper. Daylight detectors can’t generate any energy in deserts anymore. If dispenser is locked – you won’t be able to get any shulker chests. 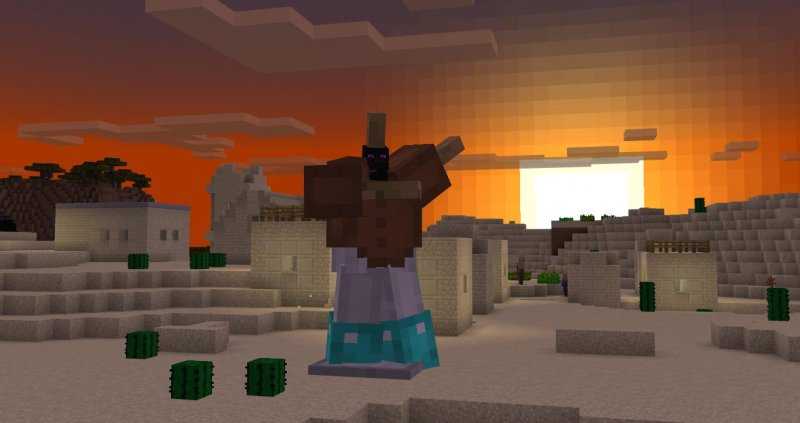 Mobs were also fixed in this update, because no one like when his dog, cat or any other pet gets stuck in blocks. Chicket won’t get stuck in fences anymore and you won’t be able to use horses to overcome the deep water space. You’ll be able to use Creative mode to get some Elder Guardian and Zombie Villager eggs, using Pick Block. The range of creeper’s explosion became smaller. Mobs won’t shake, riding in the minecart. Llamas are being organized into the caravan and don’t run around. Mobs won’t get stuck in locked doors, trying to pass through. Small mobs can’t trample crops anymore. Cartographers will be able to give you maps of treasures with dungeons in oceans and forest mansions in chunks, which weren’t generated yet. Villagers will try to hide at home, when the rain begins. Flowers won’t disappear after getting some bone flour.
Craft fixes. It had become more comfortable and interesting. Different updates for using items in the recipe book with sensor screens and classic interface. Creating items, using ingredients from hotbar won’t make the hotbae move. Black blocks won’t appear around, when you jump near the wall sitting on horse, donkey of mull. You can’t craft enchanter golden apples anymore. Banners of Mojang, which couldn’t be used in worlds, transferred from Xbox One world, were fixed. 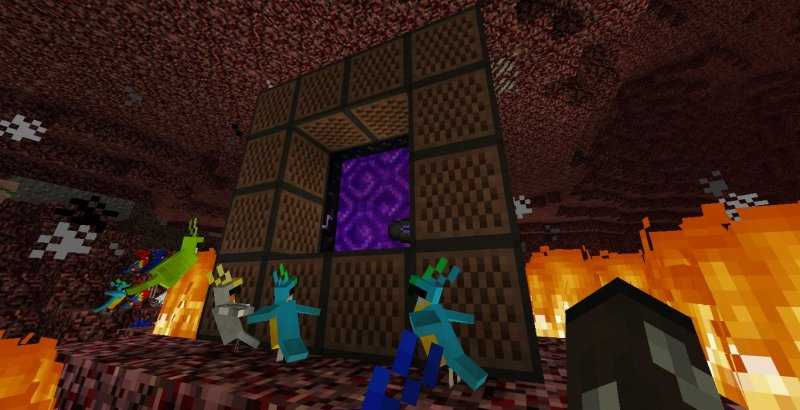 Audio and Video fixes. Different minor fixes, which will make your Minecraft look better. Beacons will be able to shine though lava. Wither’s textures at time of spawn and death were fixed. Piston and Bed have no large visual contours when being placed. You can’t see through lava using Blindness effect anymore. Abandoned objects can’t make any step-like sounds. Crystal ray of Ender is concentrated on crystal, not on the fire base. Norse Mythology won’t cause Ender Dragon’s head shining anymore.
Commands and interface fixes. You’ll receive messages about entering and quitting players even if Mute Mode is turned on. Now you can copy and paste needed text into needed fields, using keyboard. Rare problem, which deleted all the text after pressing “A” button on the virtual keyboard all the text could be deleted. The trouble with disability to copy objects with name, longer than 24 symbols is fixed. Moving around menu using controller was updated. You can make fast commands using “Menu” button on Xbox controller. Players won’t get stuck after publishing screenshots in Club. Cloned banners won’t be shown as the black ones. The player with “resistance” effect in 4 and higher level can be killed with /kill command.
Download Minecraft PE 1.2.10.2 apk for Android (Bedrock Edition) and check this great version’s features with yourself. Look for more Mods , Skins, Seeds and Maps for new Minecraft Beta 1.9 by these links and have fun!