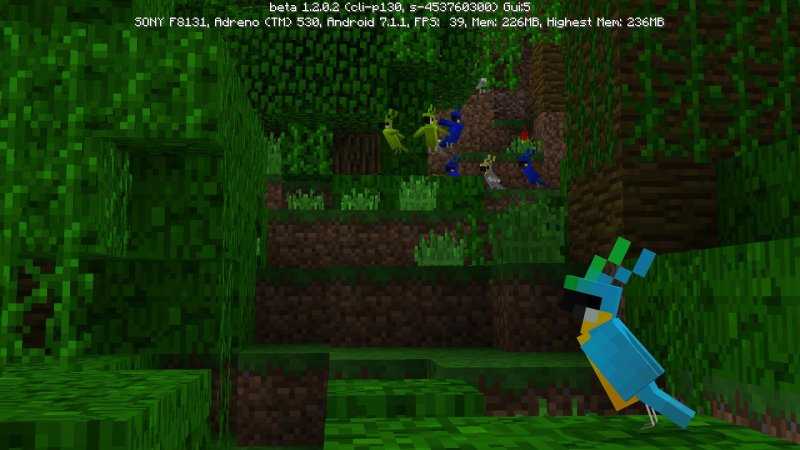 (Rating: {rating_nums} - votes: 24)
Minecraft 1.2 brought us fireworks with different filling, parrots and many other thing, you’ll be able to find with yourself after downloading! Explore all the features of this old version and call friends to do it together.
Music boxes and discs for them are now available, so don’t waste time and go to make a party! Colored glass is available to install in your house together with Armor stands. The recipe book will help you to craft all the needed blocks and items from new update, so your life in Minecraft Pocket Edition will become much easier. 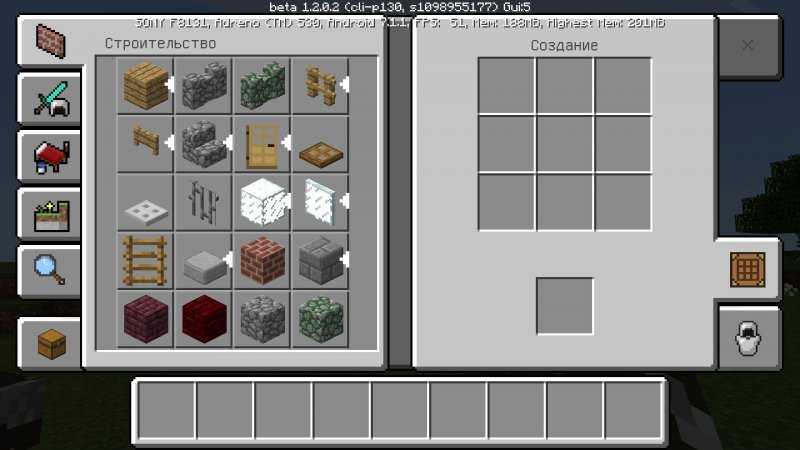 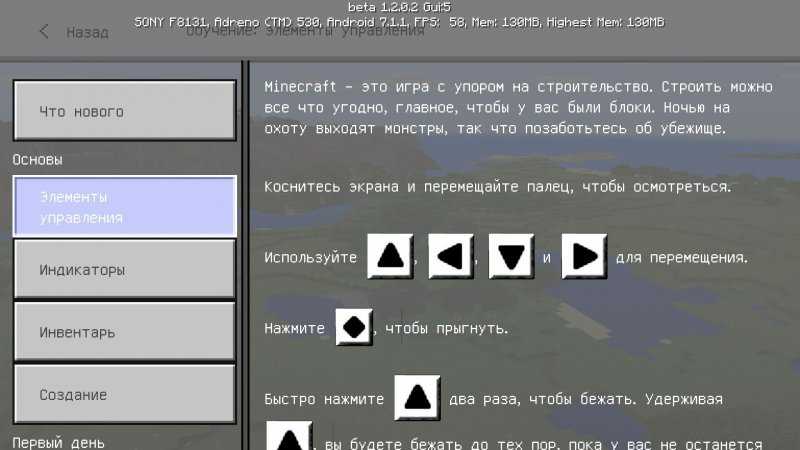 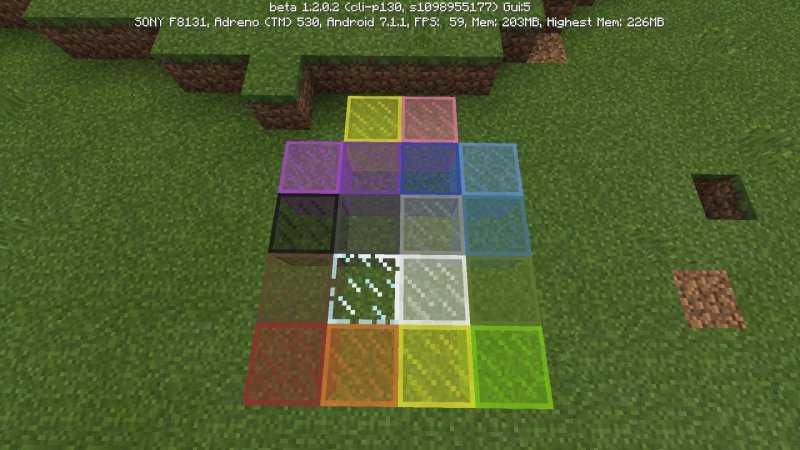 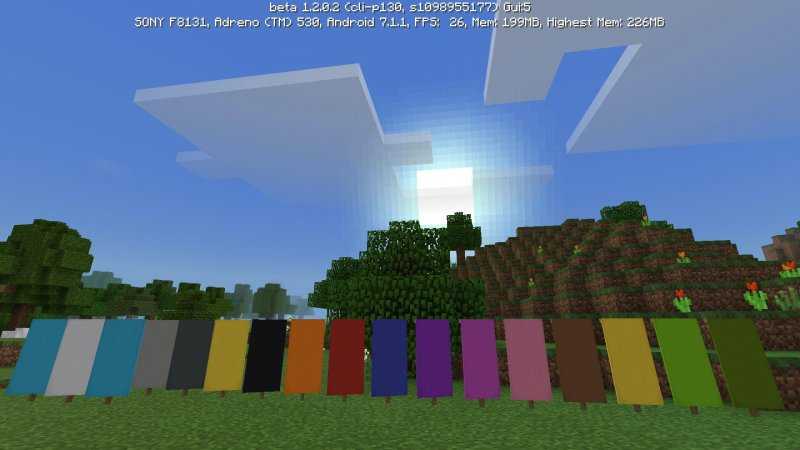 Landscape near your house may totally change, because ravines is one of parts of Minecraft now. Wander around these great structures to find ore, valuable metals, forgotten dungeons, underground mines and some problems with hostiles!
Now you have an ability to get the bonus chest at the beginning of the game, turned this state on in main menu before creating new world. Get some useful items and tools or the map of your location to find the best place for your house until darkness.
New rules to TNT were added, so explore them to deal with this block correctly. Some changes in zombie village, you’ll be able to find summoning eggs around. Few useful tips are available and few menu tabs are changed a bit.
Here’re some tweaks of Minecraft 1.2: 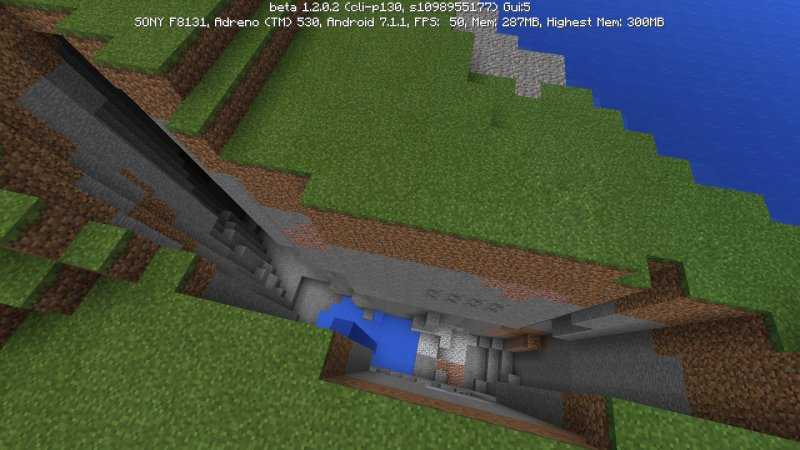 The positions of Moon and Stars in the sky were fixed.
Bug with missing sound of walking mobs was also fixed.
Arrows will shake a bit, hitting blocks.
Players won’t burn, standing near lava.
Chunk generation and loading were optimized, so your game session will become much more stable.
Enderman drops the block, he was carrying, after death.
Tamed wolvesdon’t change the color if the player is out.
Redstone received some small fixes and its durability was increased.
The other players can’t see the levitation during your sleep.
The level of sound in all the modes was fixed.
The birch floor was added to the mansions in villages.
The witch will try to take some fire resistance potion, standing on magma.
The witch has the new sound when taking potion.
You can now saddle Zombie-horses.
You can put only one bucket into the furnace.
Ghasts’ fireballs can open portals and crash obsidian.
Bug with breaking maps in MCPE was also fixed.
The speed of mining is fixed and normalized.
You can’t place sign anymore.
You can see the face of Snowman only when it was drawn.
You can now sleep even if there’re some monster near.
You can’t change the color of the bed to its actual one.
Mobs will avoid cactuses, flame and lava.
You can spawn in space, partially occupied with block.
Fixed some problems with textures during dawn.
Bug with invisible players was also fixed.
You can shut chat pressing “Enter” if there’s no text in it.
Explosion near water can damage mobs and players.
Creepers don’t lose texture before the explosion.
The player won’t be accentuated after turning on the Hide GUI.
Arrows won’t be thrown away after hitting player in Creative more.
Creepers are damaged after falling.
AI of mobs is updated.
Arrows won’t be thrown from the flaming mob.
If you’ll try to sleep too far from the bed – you’ll get a message about this.
You can buy from 5 to 7 apples, given the farmer only one emerald.
Ender Dragon’s wings won’t shine anymore.
Llama won’t try to rotate its head to look at you, riding it.
Different minor fixes of MarketPlace.
Bats can’t swim under water anymore.
You can cover GUI by pressing F1. 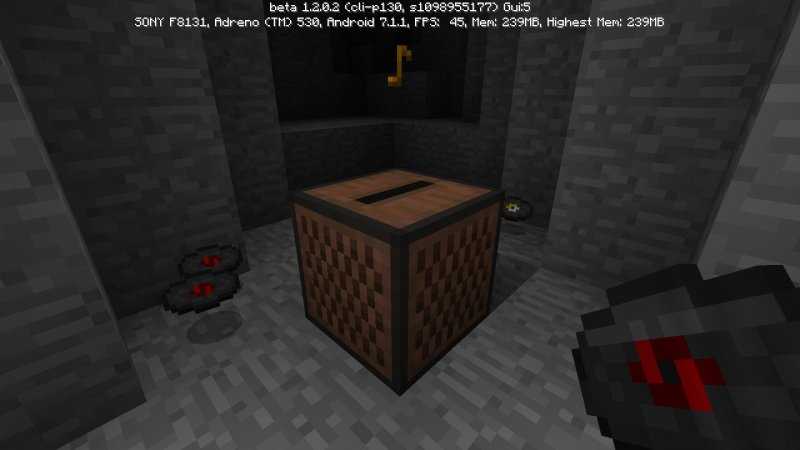 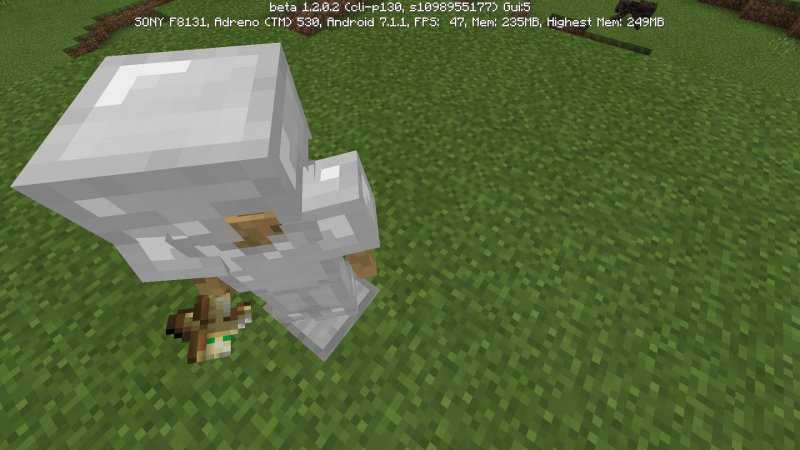 The new verison of Minecraft was really huge, so you can explore all these features with yourself and look at the appearance of MCPE in 2017! Download Minecraft PE 1.2.0.81 apk for Android (Bedrock Edition) by the link below and find more Mods , Skins, Seeds and Maps for new Minecraft Beta 1.9 in the other sections. Have fun and leave feedback!