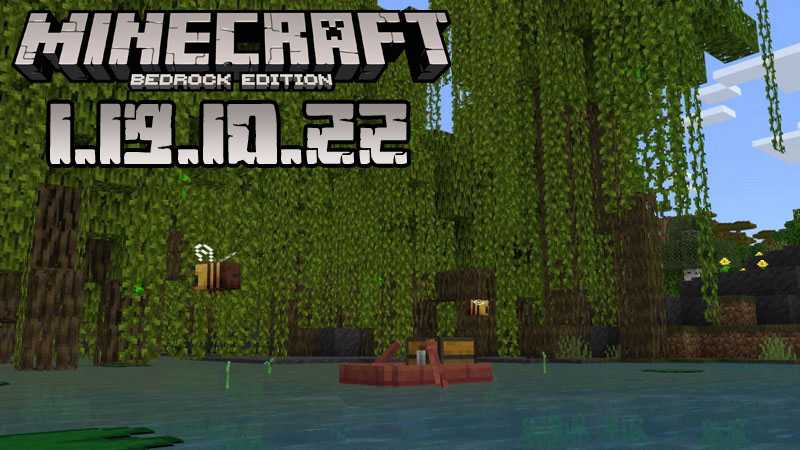 (Rating: {rating_nums} - votes: 116)
Less than three days ago we informed our website’s subscribers about the release of the full version of Minecraft Bedrock Edition 1.19.0.05 and many of them didn’t manage to explore it fully. Even if this is your case too, don’t worry, you will have enough time to do this, but now we want to capture your attention for several minutes and tell you about another new release called Minecraft PE 1.19.10.22.

It is a natural thing that after such a big update, the players detect numerous problems. This is why the game developers released a new beta so soon this time. Here are the most important actions carried out by them:

If you want to try this version and enjoy a better gameplay, click on the download button below the video trailer.
To be among the first who has the chance to learn about all the upcoming game versions, visit us as often as possible. You are also welcome to check our Mods, Maps, and other departments. Each article contains a free download button and you can even share them with your friends. Have fun!