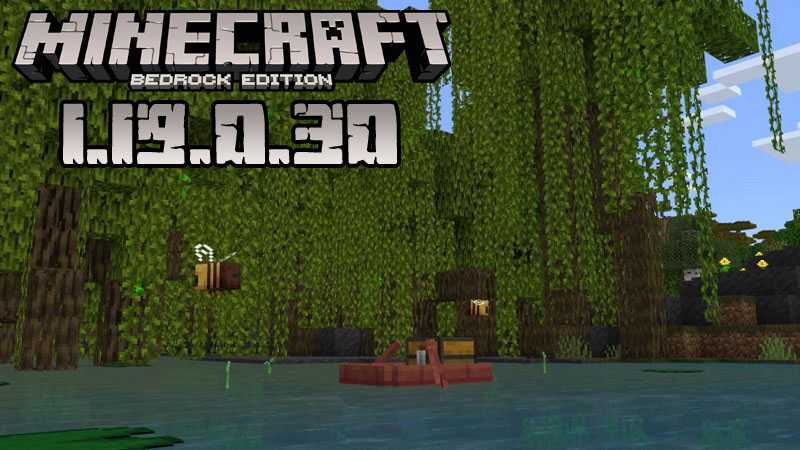 (Rating: {rating_nums} - votes: 1)
Visiting our website is always a good idea because we are trying to be up to date with all the news coming from the Mojang Studios and to share this information with our subscribers. Today we will tell you about a new beta that brings very serious updates done in relation to the Wild Update features and not only. This is Minecraft Bedrock 1.19.0.30.

Get ready to see how the following features have been improved:

Besides all these changes, the MCPE developers also:

This beta is very interesting and we are sure that you will enjoy trying it. Please tell your friends about its release too, and, after trying it, you have any suggestions or requests, leave feedback.
Keep following us because very soon we will publish another article about the second new version released this week. You can also download and try as many maps, mods, and textures, as you want. Have fun!