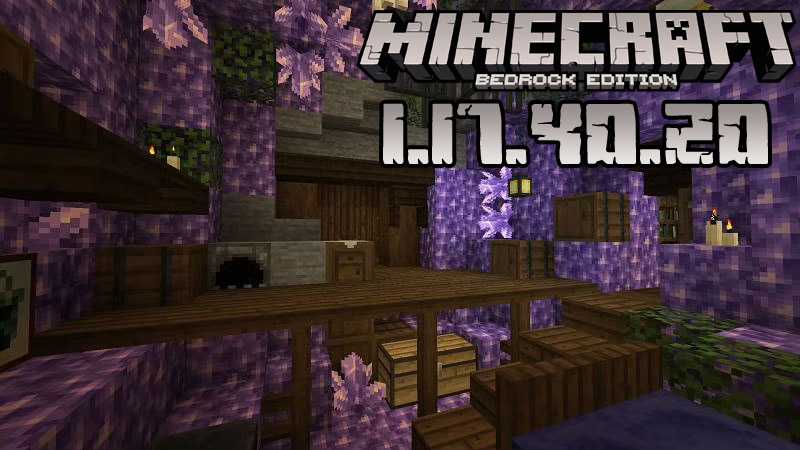 (Rating: {rating_nums} - votes: 3)
Several hours ago we published an article about Minecraft PE 1.17.40.20 but unfortunately, there wasn’t much to tell about it because it contained only two bugfixes. We assure you that Minecraft PE 1.17.40.20, which is the newest game beta won’t disappoint you in the same way. Its list of features is noticeably longer.

While developing this beta, the Majong Team carried out the following actions in regards to the:

These are the main changes you will discover by installing this beta, but if you are interested, there are also many technical changes so, if you want to find out more details, we invite you to watch the video trailer below this article.
Subscribe to our website now and you will be among the first to find out about all the upcoming versions and, in addition to this, you will get the chance to try the most popular mods, maps, and other game-related surprises. Have fun!