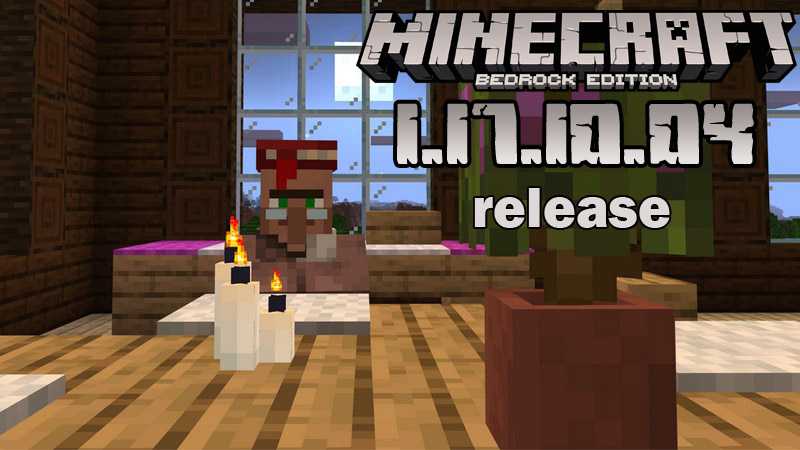 (Rating: {rating_nums} - votes: 16)
The last full version that was released by the Majong Studios team was Minecraft PE 1.17.2, but to be sincere, its contents disappointed us. It brought only one change (modified the ore generation). Minecraft PE 1.17.10 is also a full version but unlike the previous one, it contains an absolutely crazy number of bugfixes, technical updates, amazing new features, changes, and most importantly, it gives us the opportunity to take a sneak peek of the upcoming Caves and Cliffs update Part Two.

Starting with the present release, you will be able to explore new features. They are actually planned to be officially introduced in the second part of the Caves and Cliffs update. To discover them all, you will have to enable them in your MCPE world creation screen. This way, you will discover:

We must warn you that since all the above-described features are new and on the experimental stage, they may present bugs and can even crush the game in some situations, but hopefully the game developers will make them more stable soon so we can enjoy them without fearing that they would affect our gameplay’s quality.

Some of the features may seem familiar to you because we have mentioned them in the articles about some previously-released betas. These are:

This time, a lot of problems had to be dealt with, but we know about many of them from the articles on the previous betas. We will enlist the most serious actions done in this direction and the ones that you didn’t know аbout:

The number of technical updates by this version is also impressive. The best ones are:

This is the most important information you should know about this full version. Please tell your friends about its release so they can enjoy it too and leave feedback letting us know what you think about its features.
Very soon we will let you know about a few new game betas, so subscribe to our website to be notified about them promptly. We also promise to keep you informed about the most popular texture packs, maps, and other game-related stuff. Have a good time!