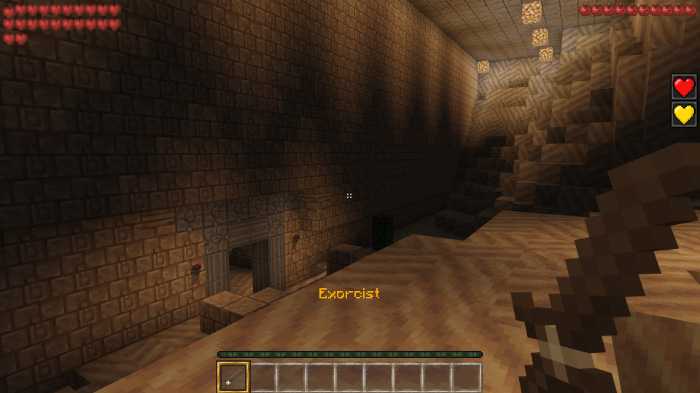 (Rating: {rating_nums} - votes: 0)
Map Dark Hunter makes it possible to feel like a monster hunter and try to defeat the superior forces of the enemy team. Divide into two unequal teams and have fun! Both teams have different skills, HP and damage level. You’ll be able to play as an Exorcist or an Undead warrior.

At the beginning of the round all the players will be placed into random teams, so you never know who will you play for! But don’t worry, both classes are really interesting to explore. Both they have great unique skills and gameplay of each round will impress you. 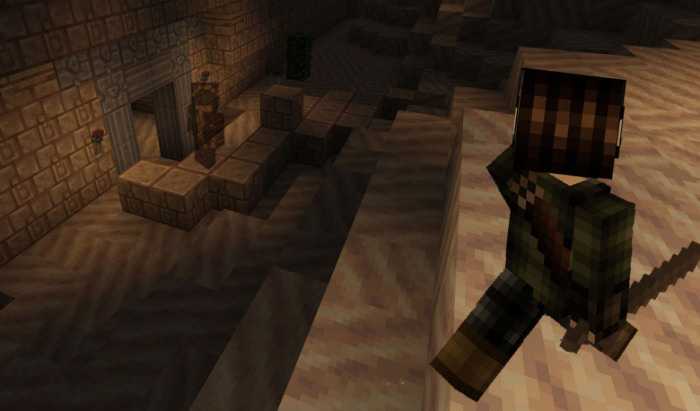 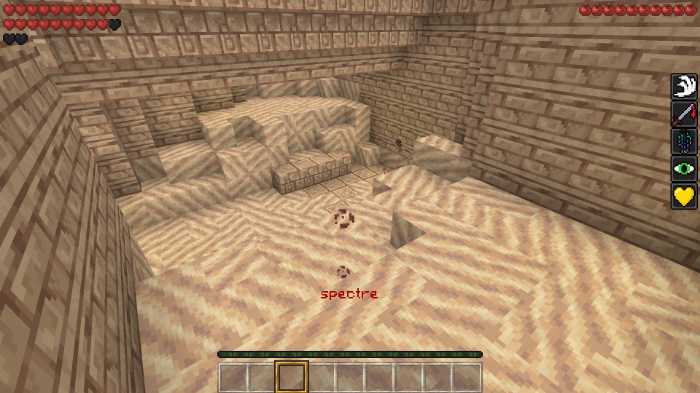 The team of Exorcists is bigger from the beginning because after death they’ll join the Undead warrior team. Exorcists have a huge number of diverse weapons to defeat enemies, so you’ll have to spend some time to find all the features of this class.
Undead warriors also have unusual skills which will definitely impress you. First of all, all the undead warriors are invisible for exorcists, so you’ll be able to use this feature for your sudden attacks. Secondly, you HP and force levels are much higher than the Exorcists’ one, so it’ll be possible to slay them in few kicks. 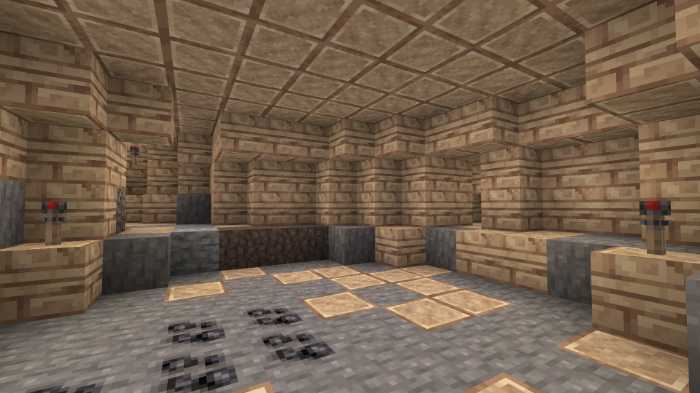 Test both these classes together with friends and have fun! Download map Dark Hunter for Minecraft Bedrock Edition 1.9 for Android and check the other sections for more Mods , Skins, Seeds and Texture Packs for new Minecraft Beta 1.9 and leave your feedback.